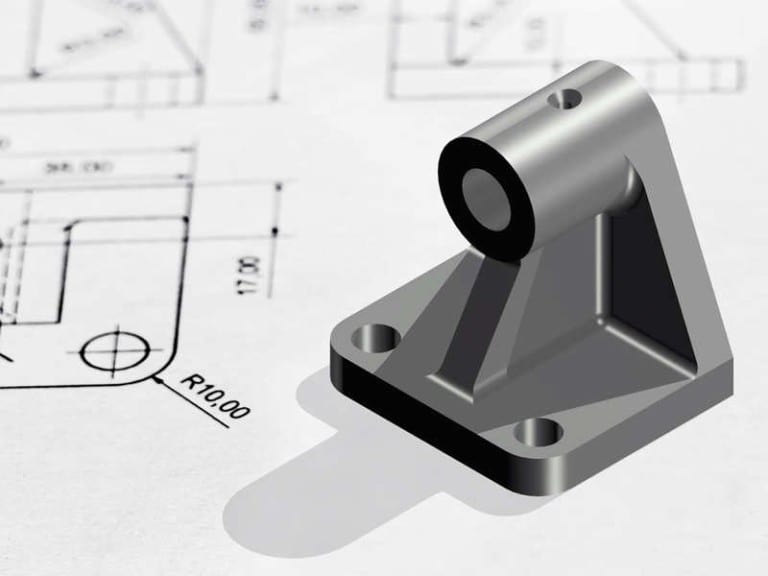 I’ve heard troubling talk over the use of sketches as a viable form of pre-design planning, and I’ve seen several experts, whose talent I respect greatly, make proclamations that performing a hand sketch prior to earnest software-based design work is a waste of time and energy.

The consensus seems to be that if you have the time to put pen to paper and sketch out a model, then you have time to sit down at your workstation, open up your CAD program, and start modeling correctly. I disagree. I think sketching out your ideas initially is a smart use of time.

First of all, it’s faster and easier than doing the same thing in software. Well, let me qualify that, it’s easier for me – maybe there are some hardcore CAD users out there who can model faster than I can sketch, but I don’t see how.

But more importantly, sketching out a model before I start drawing lines in CAD helps me get the get a proper mental picture of whatever it is I’m modeling. As I sketch, I can flip the object around freely in my mind – and I know there’s no one out there who can CAD faster than I can think! This helps me out a lot when it comes time to actually start building the object in software, since I’ve already got a series of snapshots lined up in my head.

Also, one other thing… I hate to try and romanticize my work, but isn’t this exactly why we started doing 3D modeling in the first place? Speaking for myself, the process of taking an object from my imagination and seeing it through the entire modeling process, seeing it come to life, and then actually holding a finished model in my hand is a rush. I still remember the first thing I drafted – it was just some architectural widget that I’ll probably never see again, but I was amazed that I could actually hold in my hand something that had sprung from my imagination.

To me, sketching is the first part of that realization process, and the process of moving something out of my imagination and into reality is the entire reason I fell in love with 3D modeling.

MY position is that there are many designers who still respect the purity – even the artistry – of professional 3D modeling, and I happen to be one of them.