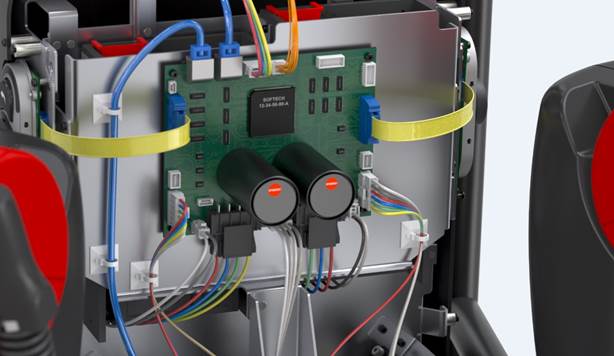 The New Dimension in Electrical Design Evolution or Revolution?

how electrical engineers moved from paper sketches to 3d

Hi Folks! Its chilling winter here in Australia, so let's have some warms up from electrical design and drafting news..

Over the past 260 years, the way we light our homes and power our businesses has changed dramatically. We’ve traded candles for light bulbs, abandoned the abacus for super computers, and swapped selenium wafers for energy-efficient solar panels. We now have a generation of products that are connected to the internet to improve the quality of our lives–think smart appliances, fitness monitors, and intelligent trash cans.  These innovations reflect advances in scientific thinking—and advances in the way engineers design increasingly complex electrical design systems.

Benjamin Franklin was an inventor, writer and statesman, but he was also an engineer who developed electrical systems using hand sketches. His best-known feat? Verifying that lightning is actually electricity.

In June 1752, history says that Benjamin Franklin sent a key attached to a homemade kite into the air. “As soon as any of the thunder clouds come over the kite,” he wrote, “the pointed wire will draw the electric fire from them, and the kite, with all the twine, will be electrified.” While there’s a good chance Franklin made up the tale, his theory was ”electrifying.”

Picking up where Franklin left off, Thomas Alva Edison (aka the Wizard of Menlo Park) held more than 1,000 patents. In 1879, he introduced the electric light bulb. It lasted longer than previous models and employed a carbonized cotton thread filament.

Edison made a host of other contributions to electrical design, including the system of power stations now called General Electric, and schematics continued to be the planning tool of choice.

Although a true technological genius, Edison wasn’t all butterflies and rainbows— he electrocuted puppies, a horse, and an elephant in an attempt to label alternating 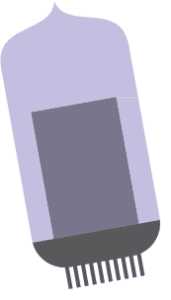 But that (admittedly creepy) anecdote hardly tells the full story of Edison’s life. He went on to improve life for generations of Americans with the phonograph, motion pictures, the storage battery, and more.

Throughout the 20th century, electrical engineers used schematics to represent increasingly complicated systems for radio, medical devices, and computers. In 1907, Lee De Forest patented the audion, which enabled clearly audible sounds such as a human voice to be relayed and amplified using a three-electrode vacuum tube–the world’s first triode.

the secrets of individual atoms. Van de Graaff’s invention is used widely in science classrooms and paved the way for future electrical research.

Schematics advanced yet again when electrical engineers began creating them based on logical connections. A major breakthrough occurred in 1947 when John

By the late 1970s, functions such as placement and routing became available in automatic physical 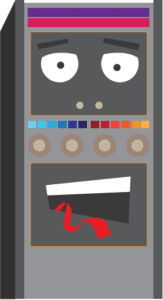 electronic design automation (EDA)— marking the birth of the digital schematic. Bell Labs, along with companies such as IBM and RCA, held advanced tools that operated on mainframes or 8-bit minicomputers. In 1977, super minis provided massive amounts of memory for designs.

For decades, companies have developed products that feature both mechanical and electrical components. The traditional product development process for an electromechanical product has created long design cycles due to sequential electrical and mechanical design, as well as the discontinuities which occur when different groups use different names for common elements.

There are challenges in keeping the Bill of Materials (BOM) accurate through the use of so many spreadsheets. Often, once the electrical design piece has been completed,

it is then handed off to the mechanical design team. After they complete their part of the design, the entertaining part happens when it comes to figuring out how the electrical pieces fit into the product. A physical prototype is built at this point and

the designers get out a ball of string or a measuring tape to figure out how the wiring will fit. Given all the powerful software design tools we have, it’s ironic that we have fallen back to low-tech ways of integrating the electrical and mechanical pieces of the design. As you might expect, this method is prone to introducing lots of errors

and delays into the production process, product documentation, and BOM.

Using SOLIDWORKS® Electrical software, you can easily design electrical schematics and transform the logical schematics into 3D physical models which integrate into the overall design. SOLIDWORKS Electrical 3D™ integrates with SOLIDWORKS 3D CAD modeling software to enable bi-directional and real-time integration of electrical components within the 3D model maintaining design synchronization and an accurate BOM. In this way, the entire engineering team can collaboratively work on a project concurrently, which not only produces a more integrated design; it can also lower project costs, and shorten time to market.

Another benefit of the integrated SOLIDWORKS solution for electro-mechanical design is the ability to analyze or simulate the operation of the entire model against real-world conditions, such as thermal stress or physical vibration–all without having to build a physical prototype. This seems like “common-sense” (which even a man like Benjamin Franklin would appreciate if he were alive today).

From light bulbs to intelligent trash cans—and from handwritten notes on paper napkins to 3D modeling—one thing is clear: electrical design has entered the next dimension.

Australian Design and Drafting services provides excellent quality Electrical Design and drafting services around Australia in major cities like Brisbane,Sydney,Melbourne,Perth,GoldCoast,Newcastle etc..Feel free to contact us for any requirements.