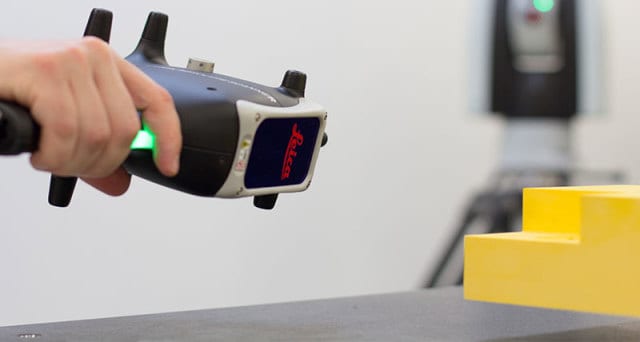 Before we finish our series “Everything you always wanted to know about 3D scanning” we wanted to take a moment to talk about what we think is the immediate future in 3D scanning and manufacturing: the technology is going Desktop.

In the last few years, companies have been creating more products with smaller footprints, at much lower price points, making the technology a viable tool for schools and medium to small businesses. In addition to these new products, students and hobbyists have been creating (and sharing) do-it-yourself versions of 3D scanning and rapid manufacturing products. Soon we could see 3D scanners and printers in home offices!

Coming in the near future – to a home workshop near you!

There are a few digitizers and scanners out there that are sized and priced for the small business. The price points are not yet for your everyday consumer, but it is getting closer all of the time.

While they don’t come close to offering the same kind of accuracy as currently available scanning systems, there is a burgeoning community of small businesses, hobbyists and students who are working to bring 3D scanners into the home. New products are rapidly developing.

Like 3D scanners, 3D printers have already reached the small business market and are now just entering the individual consumer marketplace. Their build envelopes are limited but what could be cooler than printing your own action figures, robot parts, or 3D portraits?

The above examples are just a small selection from a quickly developing marketplace, but they are a good indication of what home scanning technologies are just around the corner. Thanks for reading “Everything you always wanted to know about 3D scanning”, we hope it is has been an informative series!